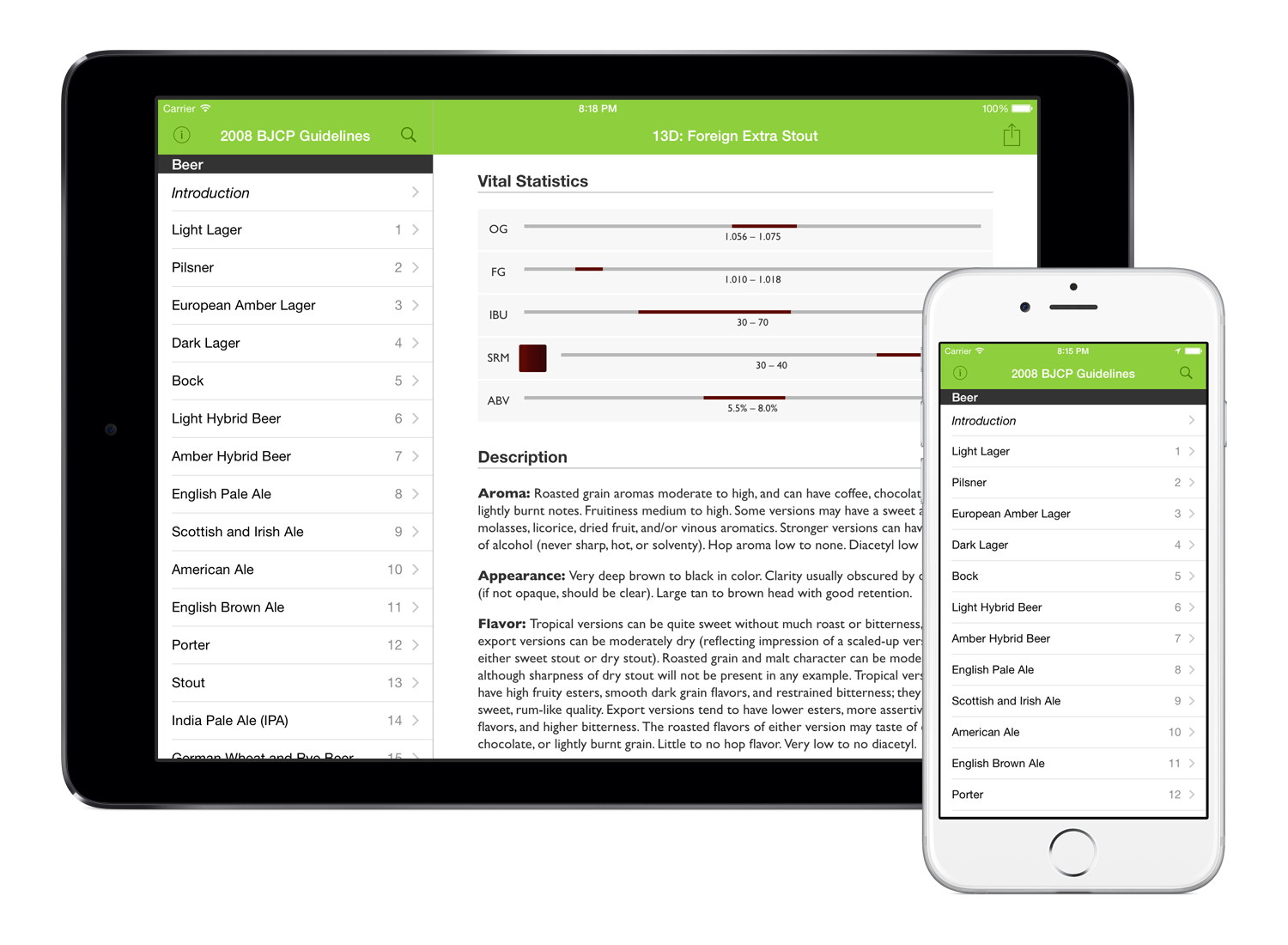 A new and improved version of Beer Styles just went live on the App Store, though it might take a little while before it propagates to everyone.

What is Beer Styles?

The app might not be very useful if you’re not into homebrewing, or at least into beer. Beer Styles wraps up the 2008 BJCP Style Guidelines in a pleasing interface on the iPhone and iPad.