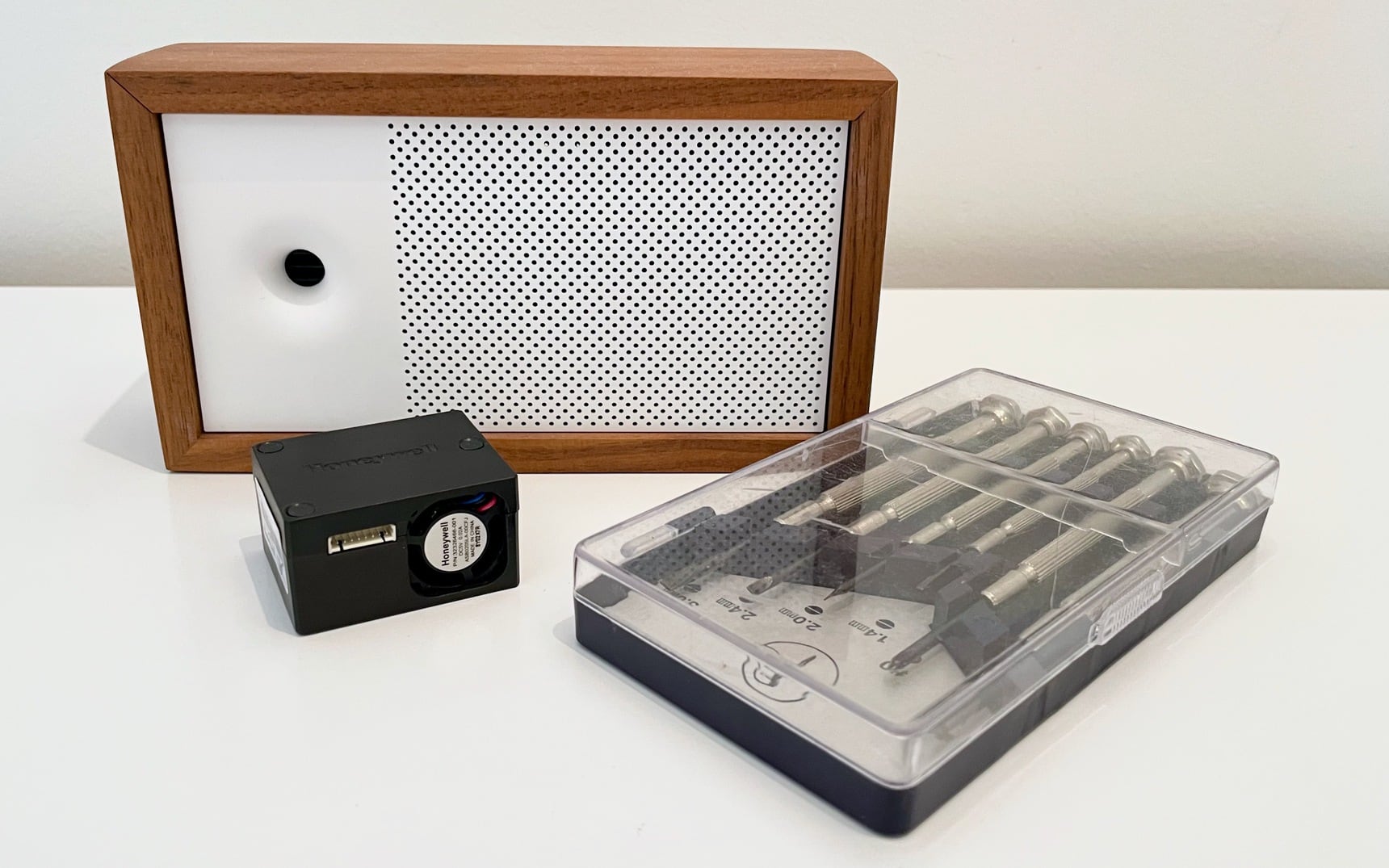 Recently the fan on the PM2.5 sensor on my Awair had started to make an annoying amount of noise and no amount of canned air seemed to fix it. As I didn’t want to spend €329 on a new Awair Element, the best option seemed to be to replace the whole sensor (a Honeywell HPMA115S0-XXX).

Theoretically, you could replace just the 20mm fan inside the sensor, but that would require finding a matching fan, desoldering the old fan, and soldering in the replacement.

I found a replacement sensor from eBay for €16 so the fan replacement didn’t seem worth it, especially considering that the fan would seem to cost as much or even more than the whole sensor assembly.

Unplug the Awair and remove the four screws at the back to remove the rear plate. Be careful when doing this as the speaker cable needs to be unplugged before the back will come free. There’s enough wire that it might not even be completely necessary to unplug the speaker, but doing so will make the repair a bit easier.

Note: be careful not to get the old and new sensors mixed up along the way 😅

I initially tried replacing it with a felt pad but the rear plate wouldn’t go back into place properly because the felt was too thick and inflexible.

Pop in the cable from the Awair main board to the new sensor and then slot it into place.

Re-attach the speaker wire; the plug is keyed so it should only fit in one orientation. Plug in the USB-C cable and watch your Awair come to life again. Once the Awair has booted up, check that the new sensor is reporting values in the Awair app.

Your Awair should be as good as new!

♻️ Remember to dispose of the broken sensor properly; it’s electronics waste and should be recycled appropriately!