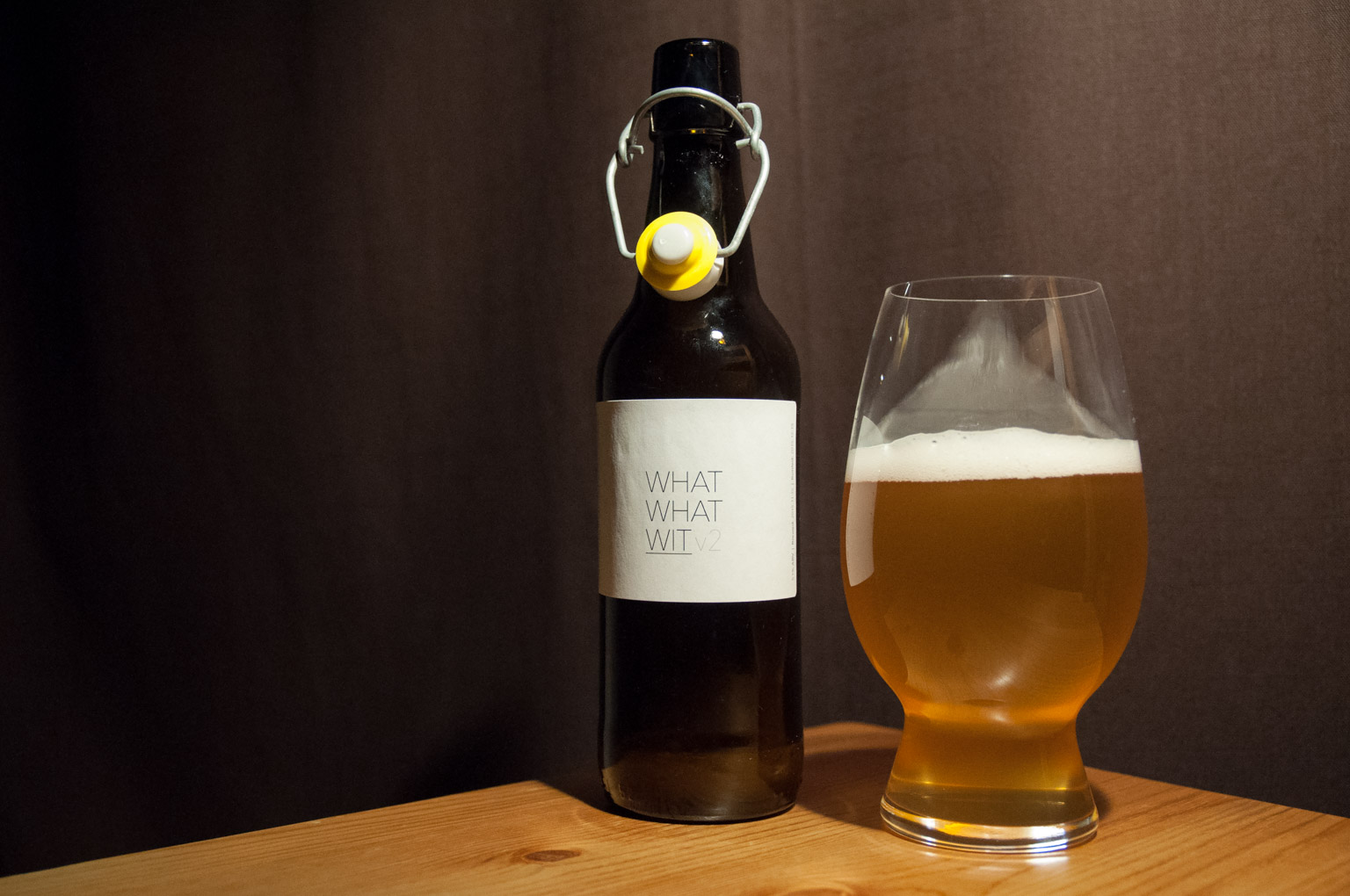 This is the second version of my What What Wit (originally based on a recipe in Randy Mosher’s Radical Brewing).

The biggest changes were to the boil additions and my choice of yeast. The first version my my recipe used White Labs WLP575 (Belgian Style Ale Yeast Blend), largely out of necessity as that was the only wit yeast in stock at my brewshop when I was ordering my ingredients for it. This version used Wyeast 3944 (Belgian Witbier) instead.

The recipe also gained some fresh grapefruit peel in addition to the fresh orange peel that I used originally. I ended up using a bit less orange peel than I intended to since I failed to buy enough oranges.

The colour is a nice straw yellow and it has a nice bit of haze (as is expected in a Wit). Overall this is a very pleasant beer and rather good, even if I say so myself.

In future versions I think I’ll add even more orange or grapefruit peel as I don’t think it comes through quite enough yet, otherwise the other spices (coriander and chamomile) seem to be nicely balanced. I’m not sure if using dried orange peel would be better or worse than using the fresh orange peel I’ve used so far…

In any case, I’ll definitely make this beer again (or some slightly modified version of it)…