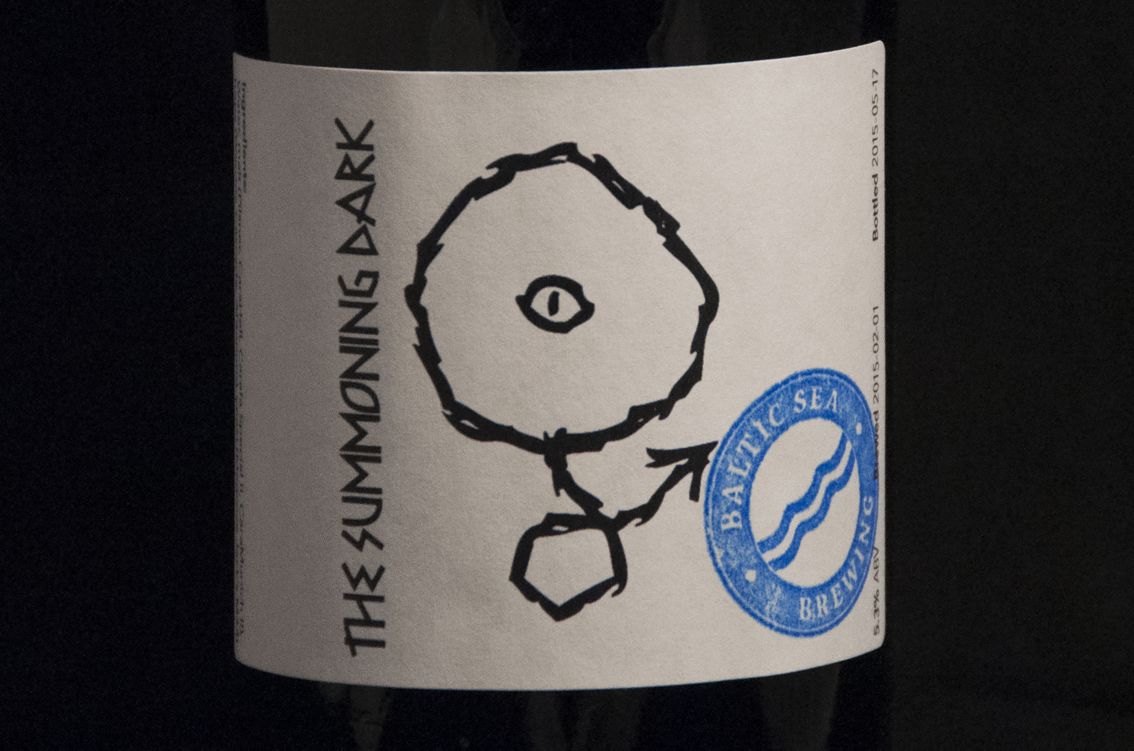 The Summoning Dark is my first Black IPA, it’s named after a character in Thud!, a book by Terry Pratchett (if you can call a pan-dimensional creature and spirit of vengeance a character).

For the main graphic of the label I used the mine sign rune for the Summoning Dark (described in the book as “a floating eyeball with a curly tail”). The beer name itself is in a rune-like typeface. The labels are stamped with my brewery stamp.

The beer itself came out quite well, though on the brew day I worried about the colour coming out too light, but that turned out to be a false alarm in the end.

As an attempt to minimise the “roasty” flavours from the Carafa Special II, instead of mashing it with the rest of the grains, I cold steeped it overnight in about two litres of water. I filtered out the malt from the water and added it to the wort before beginning my boil.

In the end I think the beer got approximately the right about of the roasted flavours, but I it could have been more heavily hopped (especially in terms of aroma).