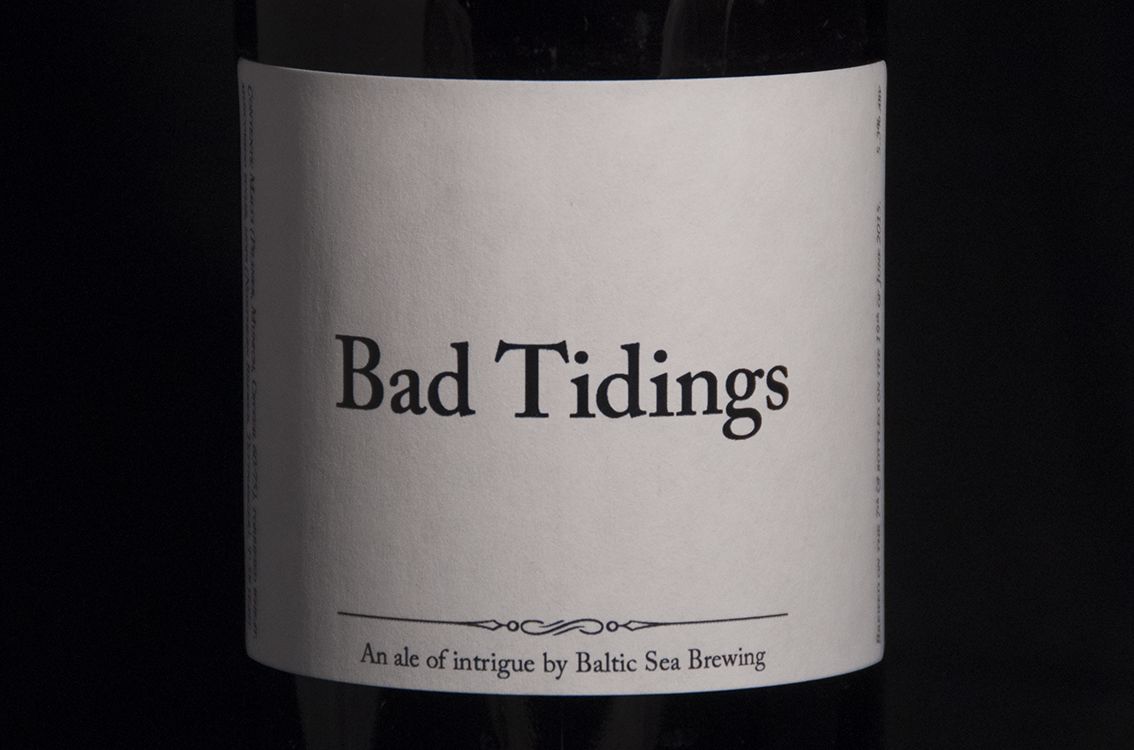 Bad Tidings is a beer made from a bunch of leftover malts I had accumulated. I decided to try for a Belgian style beer largely because the Belgians seem to have a pretty relaxed attitude about what adjuncts they use, plus it gave me a chance to try out the Fermentis T-58 (PDF link) yeast.

I chose the name Bad Tidings because I wanted to invoke a certain sense of dread or foreboding with the name (as it was unsure whether the beer would turn out to be any good at all).

For this label I went with a bit of a literary theme because Bad Tidings sounds like the title of an 18th or 19th century novel in my head. The sole typeface is Adobe Caslon Pro, chosen mostly of how it looks but also because Caslon seemed to be historically accurate for the 18th century.

“Practically all American and English printing from 1735 to 1800 was done using the Caslon font.” (source)

As for the beer itself, the small sample I tasted while bottling seemed pretty good but I’ll have to wait a couple of weeks for it to bottle condition before rendering a final verdict.